Mountain Mudd Espresso > About > Our Story 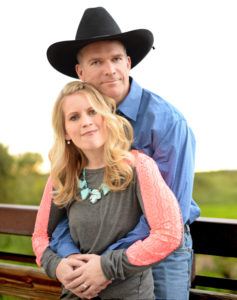 The drive-thru coffee industry began March 17, 2004 in Billings, MT.  The fun and approachable drive-thru kiosks fit perfectly with consumers’ desire for ultra-convenient, premium coffee on the go! In July of 2014, Mountain Mudd once again became locally owned and operated.  Tanya Weinreis has been working in the coffee industry since 1996 when her mother Peggy opened Peggy Sue’s Coffee in Columbus.  Peggy purchased her initial equipment, products, and training from the founders of Mountain Mudd.  Since that time, Tanya owned and operated Peggy Sue’s Coffee in Columbus and Billings from 2001-2007.  She then assisted with customer service for Peggy’s roasting company until 2012 when she opened Sweet Café. Today Mountain Mudd consists of 8 kiosk drive-thru locations, Rimrock Mall, (we do not have a kiosk at the airport) The Metra at Rimrock Auto Arena, other events such as Boo at the Zoo, Polar Express, and even a kiosk to Dehler Park for baseball games.  Mountain Mudd is community focused and looks forward to growing and expanding in our local Billings community. Thanks to the talented baristas and great customers, Mountain Mudd is still serving up great coffee after 25 years!